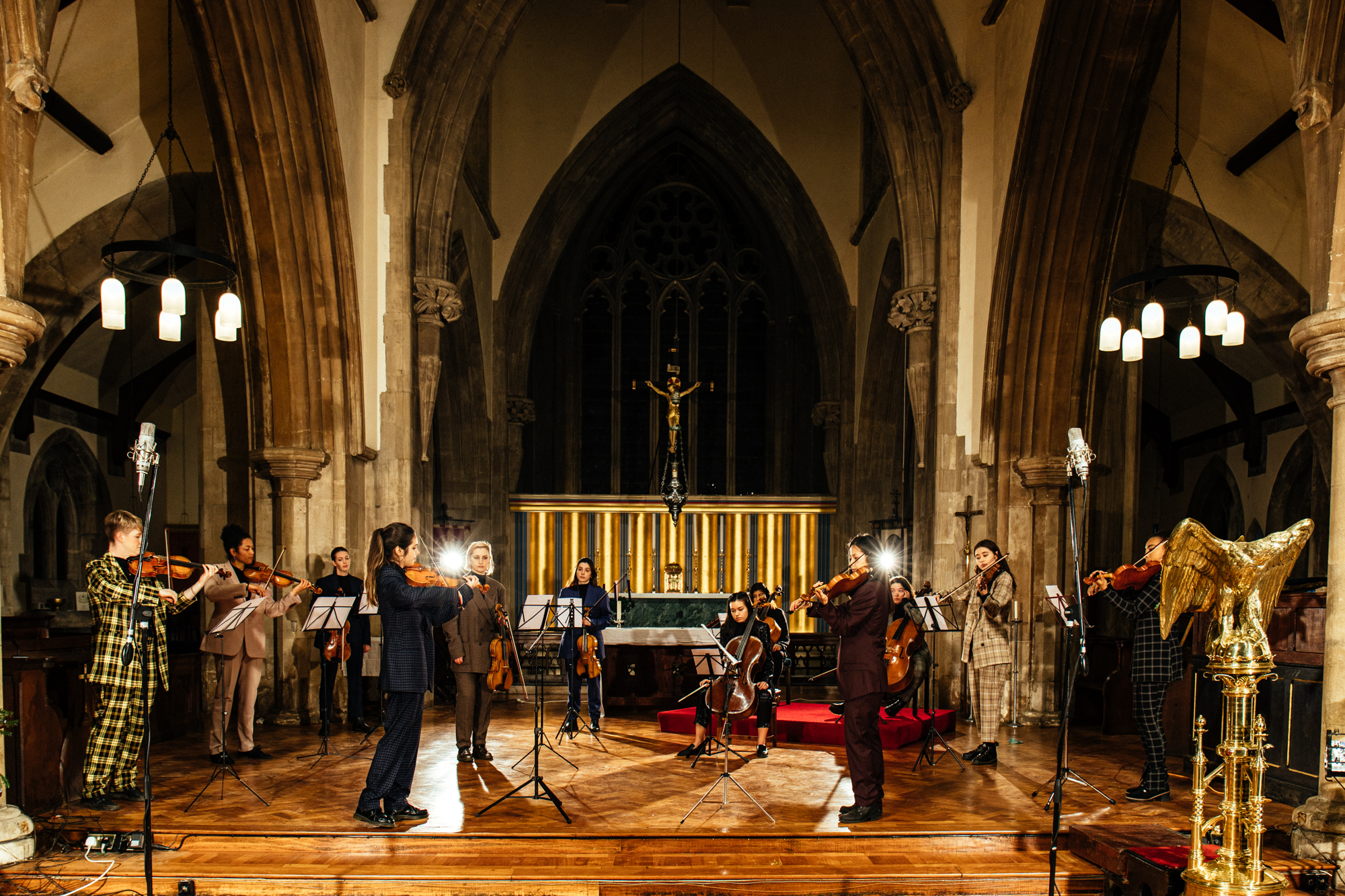 The Parish Church of St Matthias is situated among the bustling and diverse community of Stoke Newington in North London where it has stood for more than 165 years.

The church was designed during the Victorian era by the famous gothic revival architect William Butterfield and was completed in 1853. On the left is a drawing by the architect.

At the time, Stoke Newington was becoming part of London but ‘was still one of the most delightful of metropolitan suburbs, having an air of calmness and seclusion’.

When you visit the church, we hope you’ll enjoy the architecture, and spend time witnessing the stained glass windows that depict the history of the gospel accounts, and a very thoughtful account of recent modern history when the church was bombed and a lot of the paintings and roof were destroyed.

One is often struck by the colourful and detailed architecture of the church ceiling. A school of thought believe’s that the ceiling is decorated where a bomb fell during the Second World War.

enemy action on January 5th 1941. The vicarage was totally destroyed and the church suffered severe damage, especially to the roof. A brochure was produced in 1946 – after the end of the war – to help raise £1,000 in order to restore the church. On the left (Top) is a photo of the church when it was bombed and (Bottom) copy of the 1946 Souvenir Brochure.

Local historian Nicholas Riddell has recently produced a book titled A History of the Church of St Matthias. Copies are available for £10,  from the Church or by contacting us.

The Parish Church of St Matthias worshiping since 1853 in the Anglo-Catholic tradition.

Please remember there will be no 11am Mass tomorrow.
We shall celebrate our Patronal festival with a Garden Party at 2:30pm followed by mass at 5pm. 169 Years of Christian Worship

You did not choose me but I chose you
and I appointed you to go out and bear fruit, fruit that shall last. Alleluia.